From Glasgow to the Isle of Arran...

One of the phrases we hear so often is that the ocean and its ecosystems are “out of sight, out of mind”. Paddleboarding around Scotland in summer 2021, Seaful founder Cal Major particularly heard this mentioned on one of the first stops of her trip, the Isle of Arran. Arran’s waters are home to Scotland’s first No Take Zone. A No Take Zone, or NTZ, is a special area of marine protection where no living thing can be removed, a huge win for conservation efforts to restore the ocean habitats to the richness of life that thrived before industrial fishing was allowed in fragile inshore areas. (For more information visit the Our Seas campaign.)

Chatting to our friends at COAST (the Community of Arran Seabed Trust) who are the charity who successfully campaigned for this designation, it appeared that one of the biggest issues they come up against in galvanising public support is that the life in our ocean is out of sight and out of mind. How can we be expected to care about something we feel no connection to, have never seen, or don’t even know is there?

So, after finishing her paddleboarding expedition around Scotland, Cal returned to the Isle of Arran to take a group of inner city school children from Glasgow to the island for their first time. Arran is just an hour’s drive and an hour’s ferry ride from Knightswood Primary school, who very kindly agreed to be a part of our pilot session. The school identified 8 10/11 year old children who had never been to Arran to come snorkelling with us.

Some of the children were understandably nervous; one or two even said they didn’t want to go in the sea. Fair enough, they saw the ocean in Scotland as somewhere dark and cold and intimidating.

We eased them into the session by looking at all the life in the marine tanks in the COAST visitor centre. Alien creatures – crabs, anemones, shrimps, starfish – all interacting with their multicoloured seabed habitat – maerl, rocks, seaweed. The children’s faces lit up with wonder.

We took the first group in the water for their 20 minute snorkelling session. Some of the group were  so excited to get in, splashing around and having fun from the word go! A couple of the group, who had been wary of getting in, were more timid, and we spent some time with them in the shallows getting them used to the snorkels and masks. But before long, we were all out in the bay, looking at all the life below us – identifying crabs, marvelling at how the seaweed felt to touch, finding starfish amongst the rocks… 20 minutes soon turned into an hour and we struggled to get the kids out of the water, they were enjoying themselves so much! The second group had meanwhile been on the beach, finding life in the rockpools. A similar story emerged when we got them into the water – 20 minutes soon flew by, and we were all disappointed to have to get out. 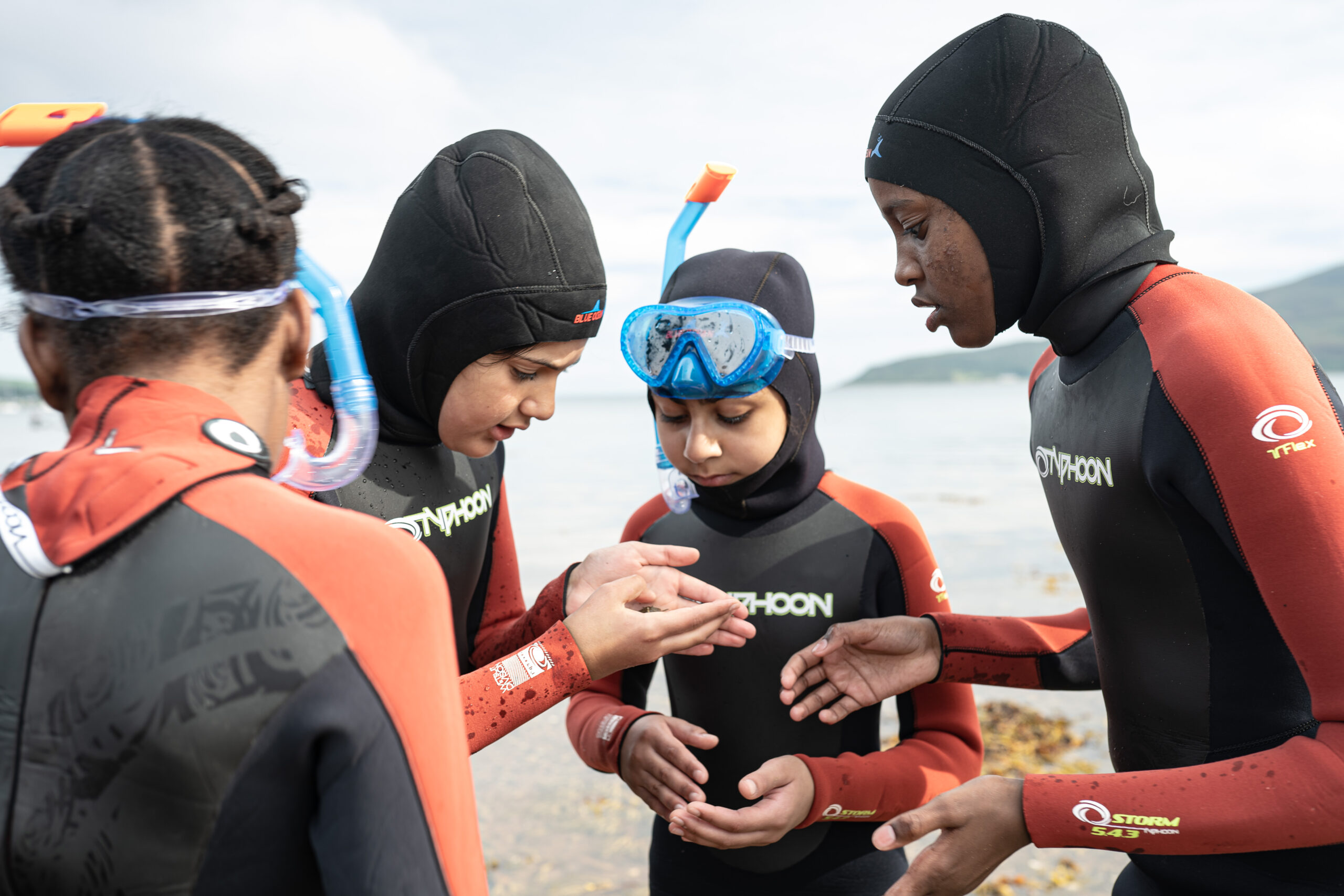 After our session, I asked one of the girls what it had felt like for her to go snorkelling. She replied (sic):

“It was amazing! I loved it so much, but it also made me sad, because now I know what’s living there, I feel angry that we’re treating the ocean like a trash can.”

It was the most important thing that had been said all day, because it solidified just how powerful actually getting people into the sea, seeing it for themselves, can be for creating that connection and sense of stewardship. No longer was the ocean and its creatures out of sight, out of mind.

A couple of months later, Cal had the great pleasure of speaking to the whole year group over Zoom about the importance of biodiversity in the ocean – what it means, how we protect it and how it is relevant to us. The children drew pictures about what biodiversity means to them, which were displayed at COP26 where Cal spoke at an event about the preservation of biodiversity in the development of offshore wind. Their passion and openness to learn is inspiring, and we are so looking forward to building on out pilot project with Knightswood Primary School, and COAST on the isle of Arran. 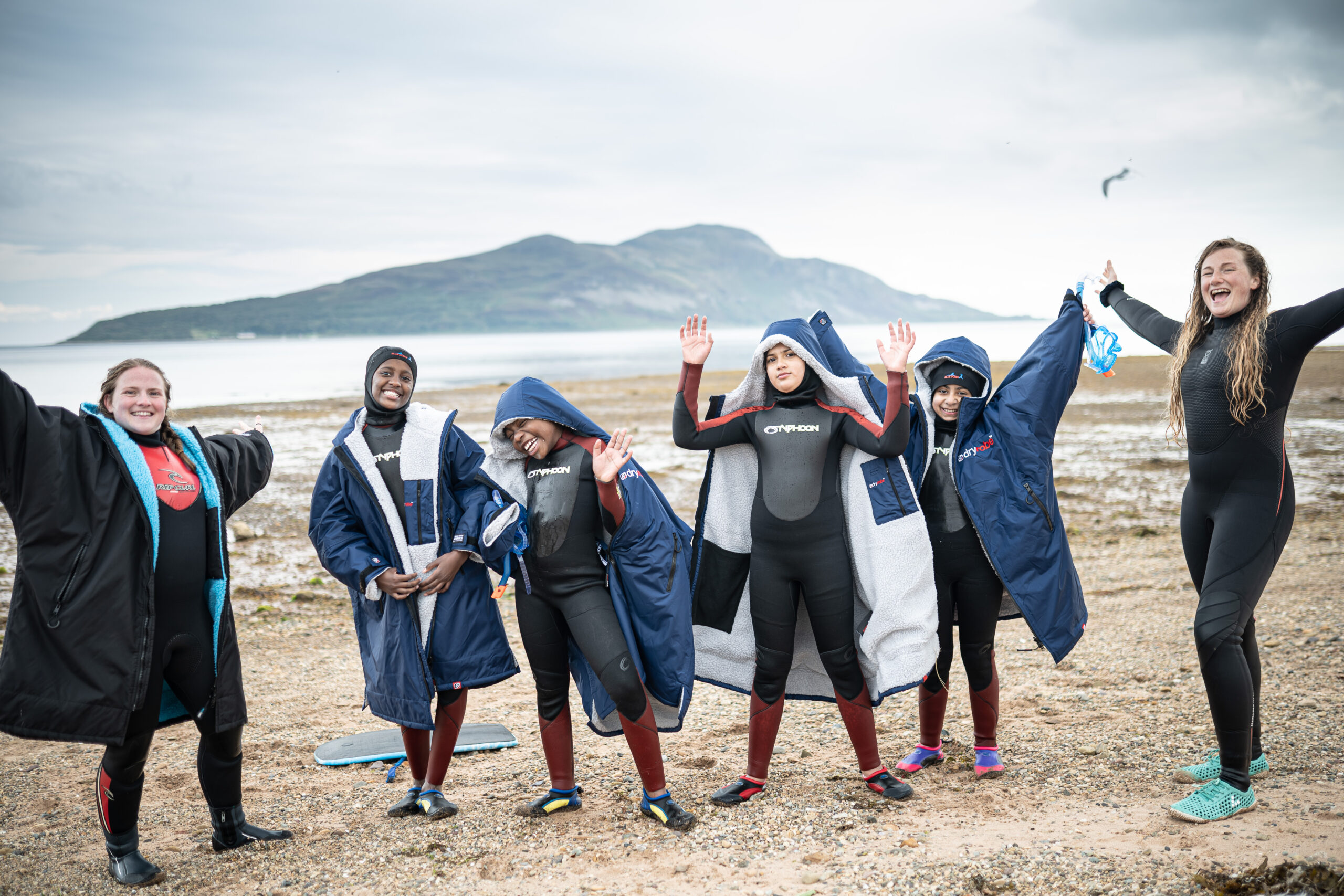 A massive thank you to Arran COAST, who facilitated the entire day, and who share our passion of connecting the public to our amazing underwater world. A special thank you to Jenny Crockett for helping to organise the session, and for getting in the water and sharing her passion with us all, making this session unforgettable for those children.

Huge thank you to dryrobe for providing dryrobes and changing mats for the children. They became our outdoor changing facilities! We were able to run the session confident that we’d be able to keep the children warm after being in the sea, even when 20 minutes became an hour.

Thank you also to our friends the Ullapool Sea Savers who lent us a selection of wetsuits and hoods to keep the children warm! 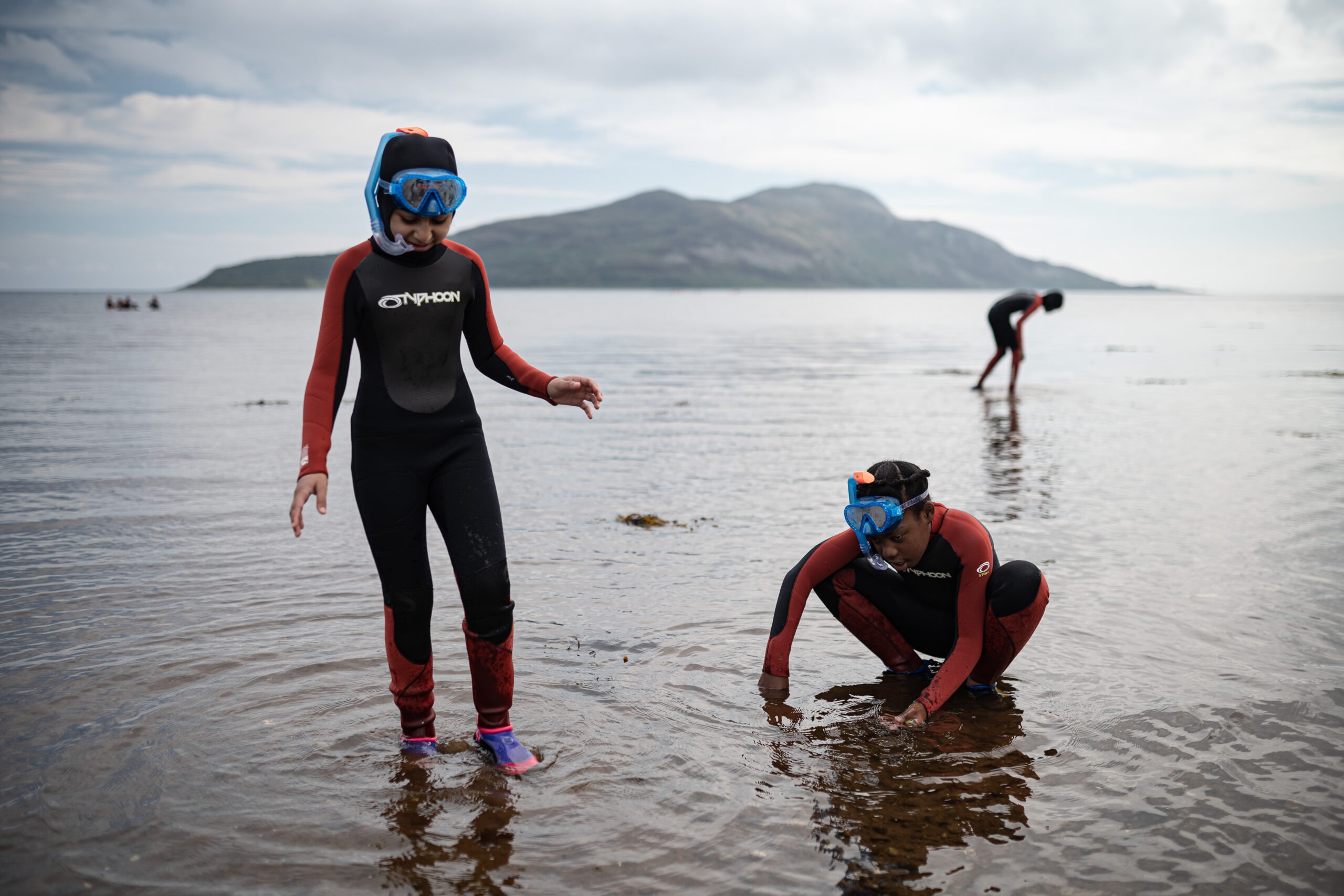